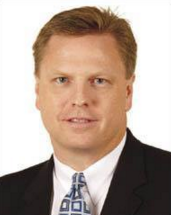 BrandMill was founded in 2013 and is the culmination of the vision and experience of Stephen Wayhart. Throughout his 30 years as a marketing expert, Stephen has built his reputation as a strategic marketing campaign maker from his early Ad Agency days with General Motors’ Cadillac and Oldsmobile Dealer Marketing Groups to the client side with McDonald’s Corporation. As a senior marketing executive for several high tech brands, he helped launch Sprint PCS and FastForward, a Marketing Automation Software provider of brand leaders such as Cricket Wireless, Hitachi, Imation, Microsoft Xbox, and Philips Electronics.

Stephen’s major accomplishments prior to launching BrandMill include: being the youngest Senior Marketing Manager in McDonald’s history; a McDonald’s Presidential Award Nominee; organizing the “25th Anniversary of the Big Mac” McDonald’s most successful publicity event ever; developing an international award winning restaurant menu, creating the initial marketing plan that launched “The Club” and leading the development of the first Cadillac “Super Marketing Group,” the Empire State Cadillac Dealer Marketing Association.

“Kaz” started his career in 1982 at Ketchum Advertising where he worked as a copywriter on Gulf Oil, Heinz, Rubbermaid and PPG Paints. In 1985, he opened a film production company, Longfellow Productions, now Crows Run Pictures, which for more than two decades has been one of the nation’s leading producers of high-end television commercials (NFL, Mandalay Bay Resorts, GNC, UPMC), corporate and institutional films, and documentaries.

He’s also produced several music videos and short films for the Sundance Channel, MTV and PBS. Recently, Crows Run produced a series of commercials for Wall to Wall Studios and their client Robert Morris University which won best television campaign at the 2011 Pittsburgh Addy’s. Past spot awards include National Addy’s, Clio and New York Advertising Club. Known as a willing and talented collaborator, Kaz continues to help creative teams at agencies throughout the nation realize their vision of producing a spot for the client, and a spot for the reel.